700 Years of Tennis in London 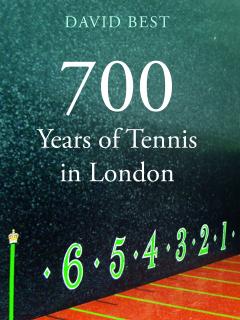 This large 300-page book, which contains a mass of new information, charts the development of tennis in Britain’s capital city since records began 700 years ago through to the present day.
The game is examined from its beginnings in the streets, through increasing royal interest, prohibitions, gambling, the Victorian revival, on through the devastating twentieth century wars to better times. There are dedicated
chapters dealing with rackets and lawn tennis that also have strong associations with London.
A considerable amount of research was undertaken for this project, resulting in a much clearer picture of how the game developed in London, which inevitably affected the rest of the country.